Now I have the proof of concept for the RPi, I wanted to improve the code and have long term plans to make it remember tracks we skip, as well as allowing a blacklist!  I wanted to keep some sort of version control, and this is where git comes in.  I have been aware of git for a while but don’t really know much about it.

I now have created my own git hub for RPizeBox at https://github.com/thomaswwp/RPizeBox. I also forked PyLMS (which appears to be abandoned) and will eventually include it in my build as a module, rather than simply importing the code.

I have reduced the code to two scripts, but this looks like it has increased the CPU overhead to about 6%, so I may revert to what I had before.

I have also made a Fritzing diagram of the setup for future reference. I also found that the skip forward button was broken on the remote, so just remapped other buttons. 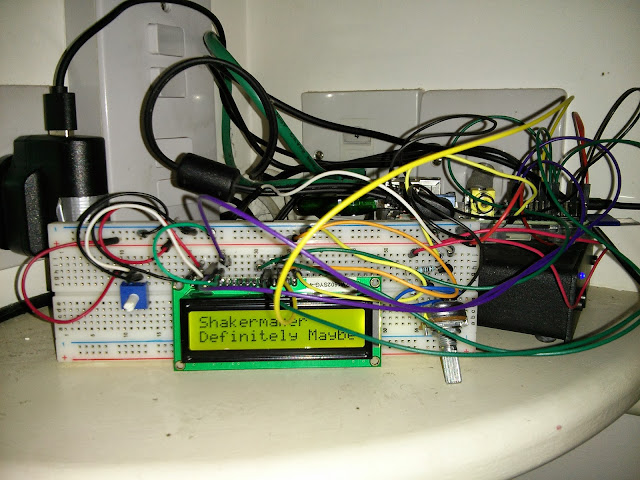 The RPizeBox is great, but there are two main issues:

Our squeezebox classic has died for as yet unidentified reasons.  I have already rebuilt it once using my original post as a guide after my dodgy self made RPi case rebooted it once too often.

To get spotify on my RPi (armel) version I used this with some tweaks:

[Tutorial] Squeezelite up and running on Raspbian Wheezy HF: